Mother-Daughter Activists of the 19th/20th Centuries: 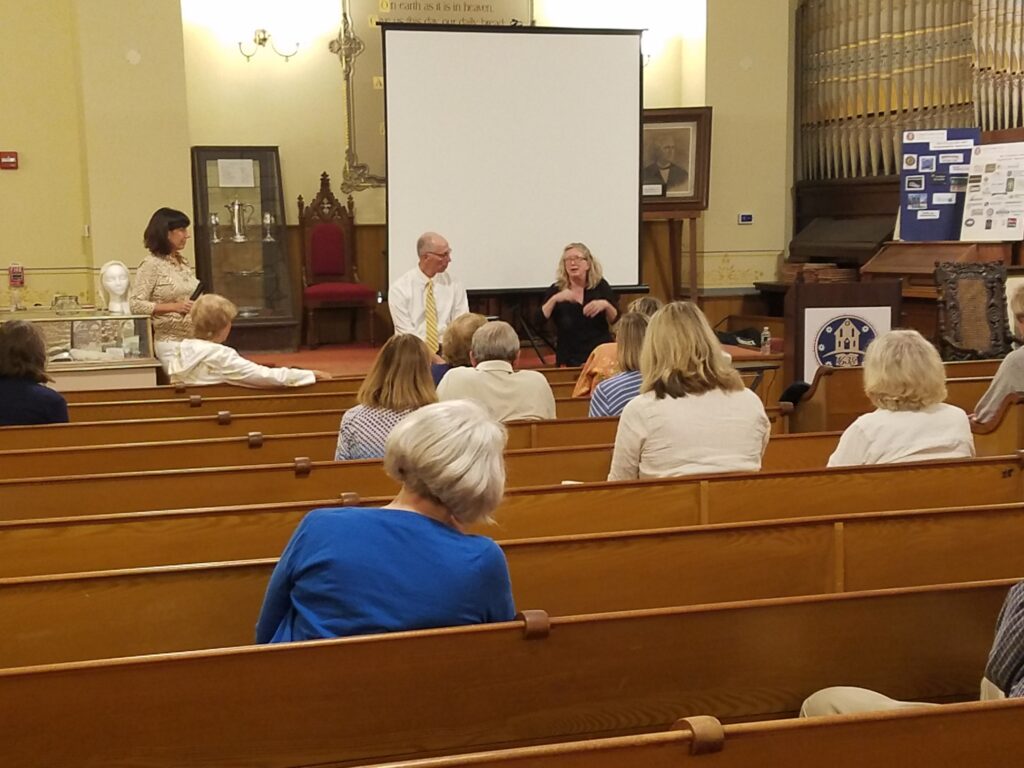 Lecture “Mother-Daughter Activists of the 19th/20th Centuries: Julia Ward Howe & Maud Howe Elliott” by Nancy Whipple Grinnell and Fred Zilian
Julia Ward Howe is best remembered for writing “The Battle Hymn of the Republic;” however, she was much more. This talented, independent-minded woman of the 19th century was a poet, writer, playwright, preacher, lecturer, and reform leader. She happened to spend much of her life at her “Oak Glen” country home in Portsmouth, Rhode Island. Her youngest daughter, Maud grew up in Boston and Portsmouth, and after her father’s death became her mother’s companion. She outgrew her giddy girlhood ways and, inspired by her mother, carved out her own career as a writer, arts advocate and journalist. After Julia Ward Howe’s death in 1910, Maud lived at Oak Glen and raised her voice in politics, social reform and the arts. She and her sisters, won the Pulitzer Prize for a biography of their mother.Nancy Whipple Grinnell is Curator Emerita of the Newport Art Museum., where she served for 18 years. She wrote a biography of the Museum’s founder, Carrying the Torch: Maud Howe Elliott and the American Renaissance. She currently chairs the Collections Committee at the Providence Art Club and freelances as an art historian, archivist, and contributing author.Fred Zilian, Ph.D. is a former career Army infantry officer, and was for 23 years an educator at Portsmouth Abbey School, where he taught history, ethics, and German. He is currently an Adjunct Professor at Salve Regina University, Newport, RI, where he teaches history and politics. He is a local columnist and blogs with historical, political, social and cultural commentary at www.zilianblog.com.