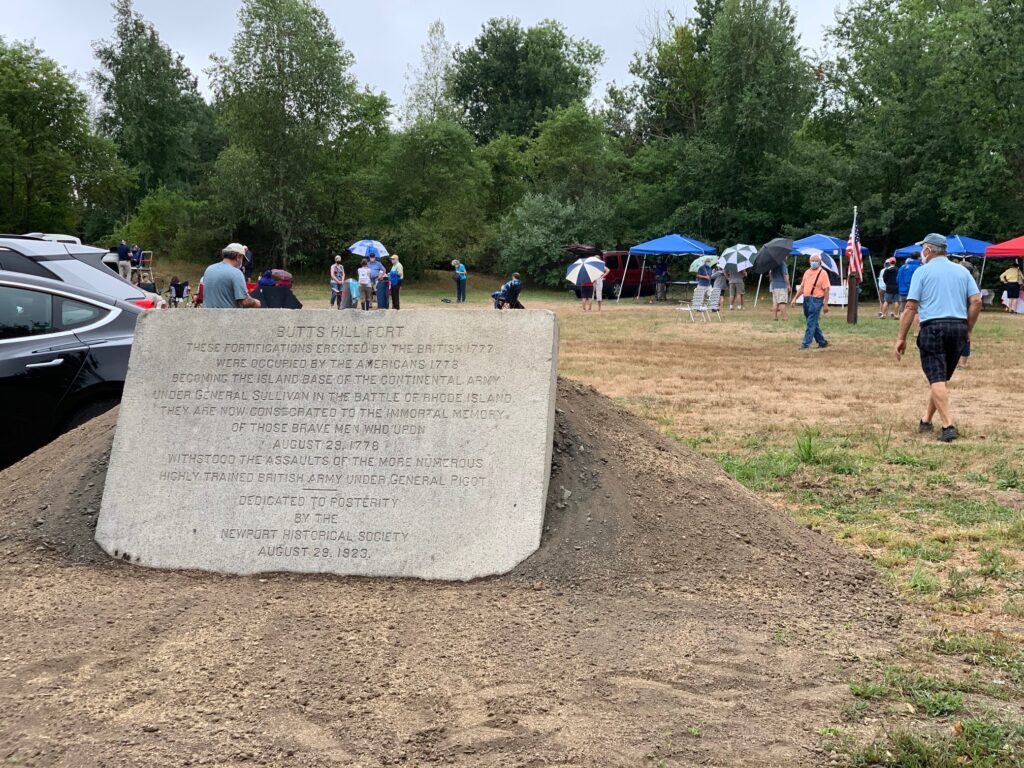 The Portsmouth Historical Society had and event on August 28, 2020 to gain public awareness of the historical significance of the site and start a movement to develop the fort area into a public park to properly commemorate the 250th anniversary of the battle in 2028.

Over 60 people attended the “rain-sprinkled” event where Jim Garman. Town Historian and Society Past President provided an historical overview of the fort. 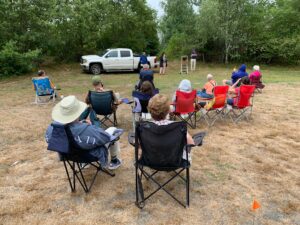