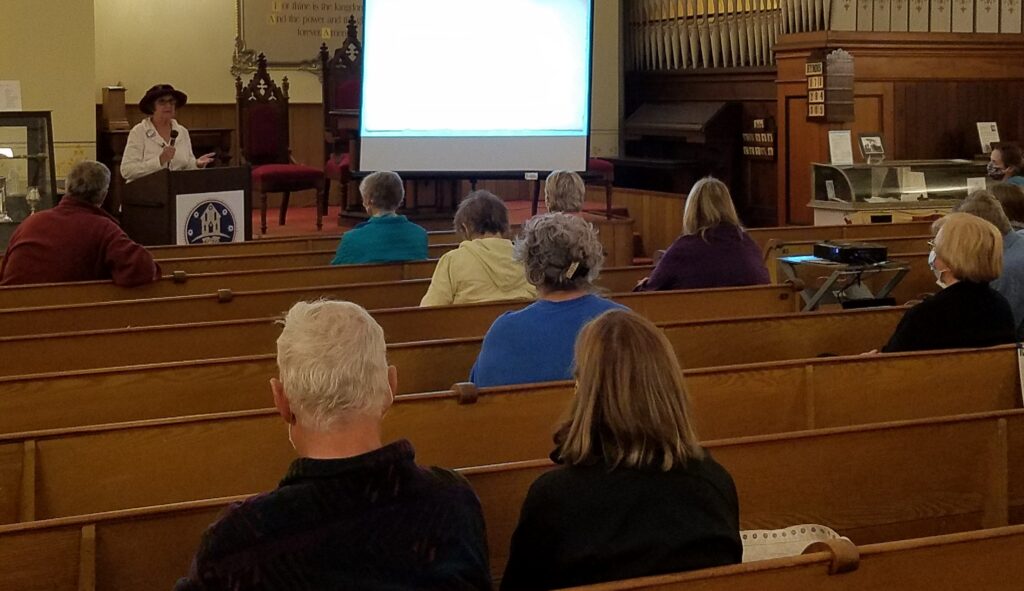 As the country celebrates the 100th anniversary of the passing of the 19th Amendment to the U.S. Constitution, and as we near election time, guest joined the Portsmouth Historical Society to hear how Portsmouth women fought for the vote, and the process they took in preparing for their first vote. Julia Ward Howe is well known, but there are many more!

Gloria Schmidt shared her research on some of the forty women she has identified as part of the suffrage movement. Portsmouth women began to formally organize as the Newport County Woman Suffrage League in 1907. The original group was gathered from friends and neighbors in the Bristol Ferry neighborhood. Cora Mitchel was the founder and first president and later Maud Howe Elliott (the daughter of Julia Ward Howe) took the lead. The organization spread throughout Newport County.