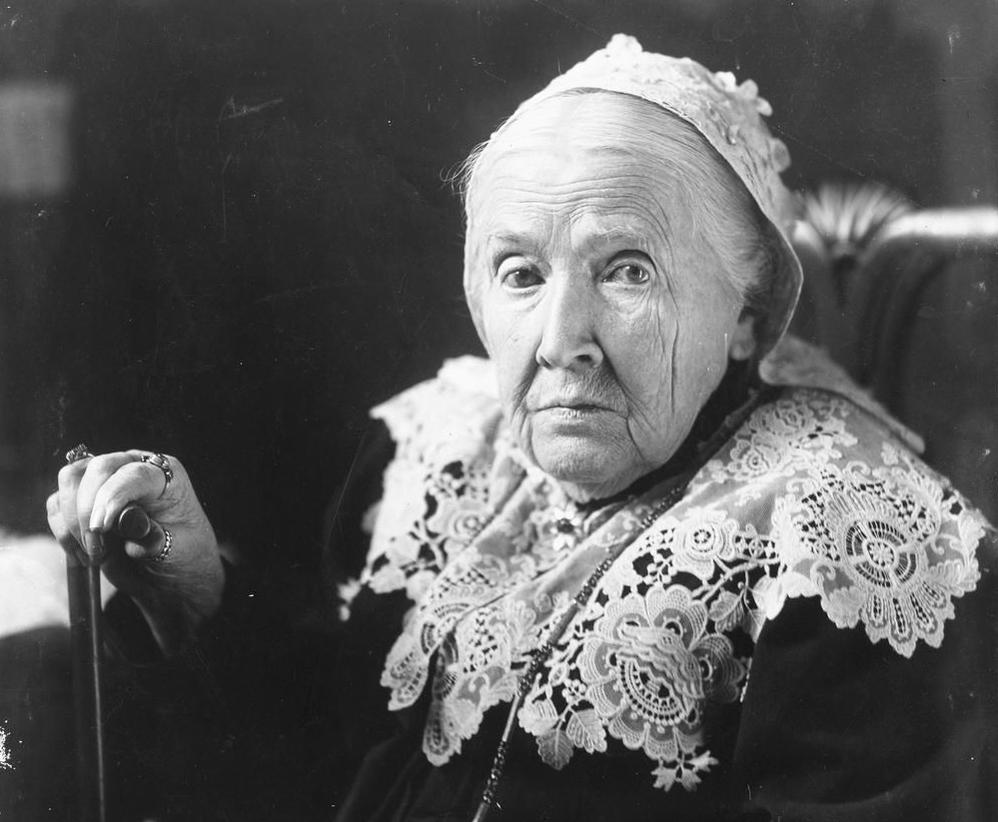 Born on this date in 1819, Julia Ward Howe is best known today for writing the words of “The Battle Hymn of the Republic” (“Mine eyes have seen the glory of the coming of the Lord …”), but in her day she was a prominent opponent of slavery and an activist for women’s right to vote. And she just happened to have a home in nearby Portsmouth, Rhode Island. So naturally Alva Vanderbilt Belmont invited her to be the keynote speaker at the meeting at Marble House of the National American Woman Suffrage Association on August 24, 1909.
Howe was 90 at the time. She spoke of her 50 years of commitment to the cause of women’s suffrage, perhaps aware she would not live to see it achieved. Indeed, it took another 11 years. As we celebrate the centennial year of the 19th Amendment, it’s worth noting what a long struggle it was.