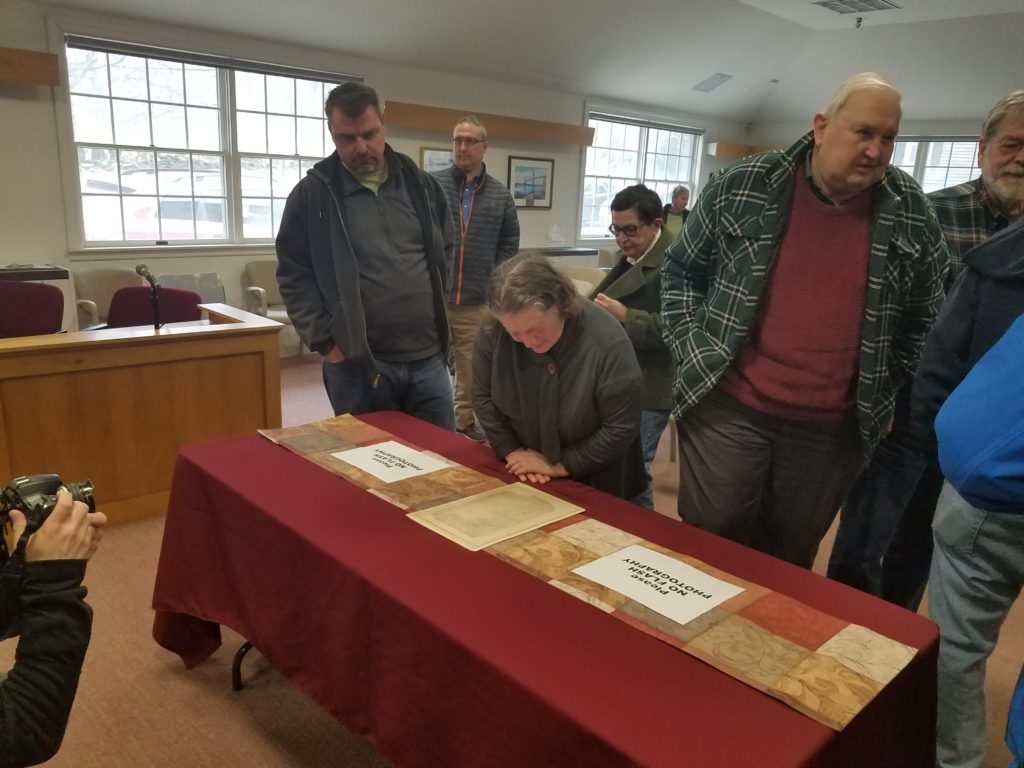 The Portsmouth Historical Society arranged a public viewing of the original 1638 Portsmouth Compact with the RI State Archives. they do this each year in March to commemorate its signing. An archivist with State Police escort carried this 383 year old precious document, one of the oldest and most important documents in the state archives, to and from the Portsmouth Town Hall where citizens were able to view the document. Town Historian Jim Garman gave a brief talk on the compact and the founding of Portsmouth. . Also on display was the Town of Portsmouth’s Declaration of Independence, which is believed to be the only Rhode Island copy that has remained at its intended destination – at a town clerk’s office or in a town hall. The Town of Portsmouth, RI has one of eight copies known to exist of the approximately 36 Declarations printed for the Rhode Island Assembly by Newport printer Solomon Southwick on July 13, 1776.  Those Declarations were then distributed to each city and town clerk in Rhode Island to be read to the public or posted for the public to view.