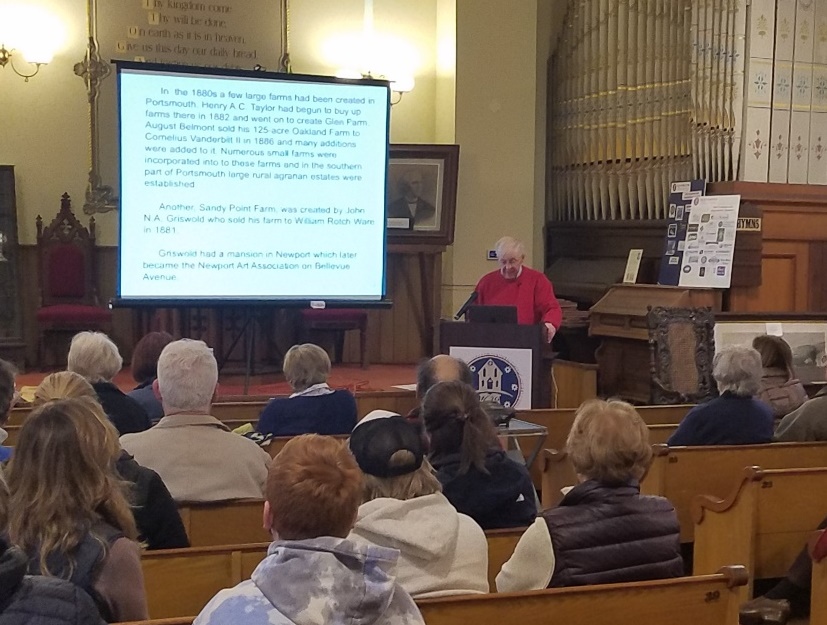 March 23, 2022. Another of the “Gentlemen’s Farms” in the southern part Portsmouth at the beginning of the 20th century was Sandy Point Farm. It was purchased in 1902 by Reginald Vanderbilt. Reginald was the youngest son of Cornelius and Alice Vanderbilt of the Breakers and the brother of Alfred Gwynne Vanderbilt who had a notable established horse farm at Oakland farm nearby. Reginald  was a very active horseman and much involved in horse shows, both locally and on the national level. He greatly enlarged the farm at Sandy Point; it extended from the East Main Road to the Sakonnet River. It was a showplace of horse people as well as Newport society. When Reginald died in 1925 he left a very young wife, Gloria Morgan Vanderbilt, and a one year-old daughter, Gloria. The history of Sandy Point Farm is an important part of the history of Portsmouth. The lecture was part of a series “Gentleman’s Farms of South Portsmouth.