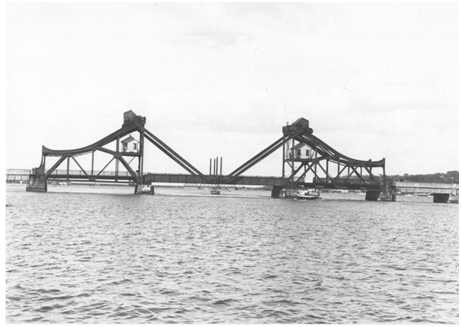 Since the founding of Portsmouth in 1638 there have been close relations between Portsmouth and Tiverton. The main barrier was finding a way to communicate with one another.

In the early colonial days numerous ferries were used to cross the river. The first bridge attempt was in 1795 and there were six further efforts before the Stone Bridge opened in 1907.

The railroads came to Aquidneck Island in 1864 with the construction of the first railroad bridge to create the Newport and Fall River Railroad. The illustrated lecture covered all the transportation methods to cross the river over these times

A video will be posted her