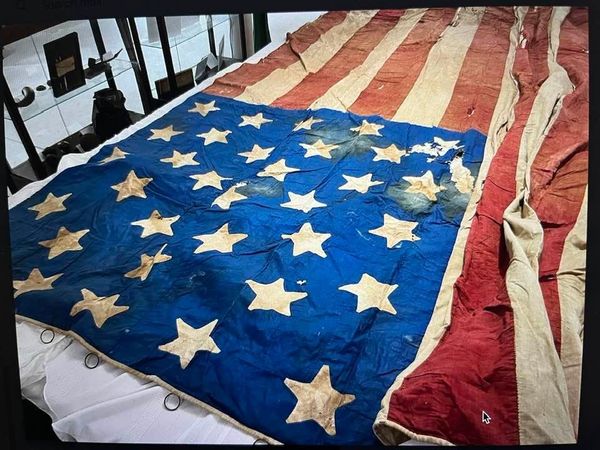 July 3, 2022 . Civil War Era 33-Star American Flag, part of the Society’s collection was laid out to air and displayed to visitors. Due to its delicate nature, this is a very rare opportunity to view this special flag.The 33-Star Flag became the Official United States Flag on July 4, 1859. It lasted for 2 years, with Presidents James Buchanan (1857-1861) and Abraham Lincoln (1861-1865) serving under it. When the Civil War began, President Lincoln had to decide whether to leave all 33 stars on the flag, or remove those of the seceded states. Since Lincoln’s mission was to preserve the union, no stars were removed. Kansas was admitted to the union in January 1861, and its star was added to create the 34-Star Flag on July 4, 1861.