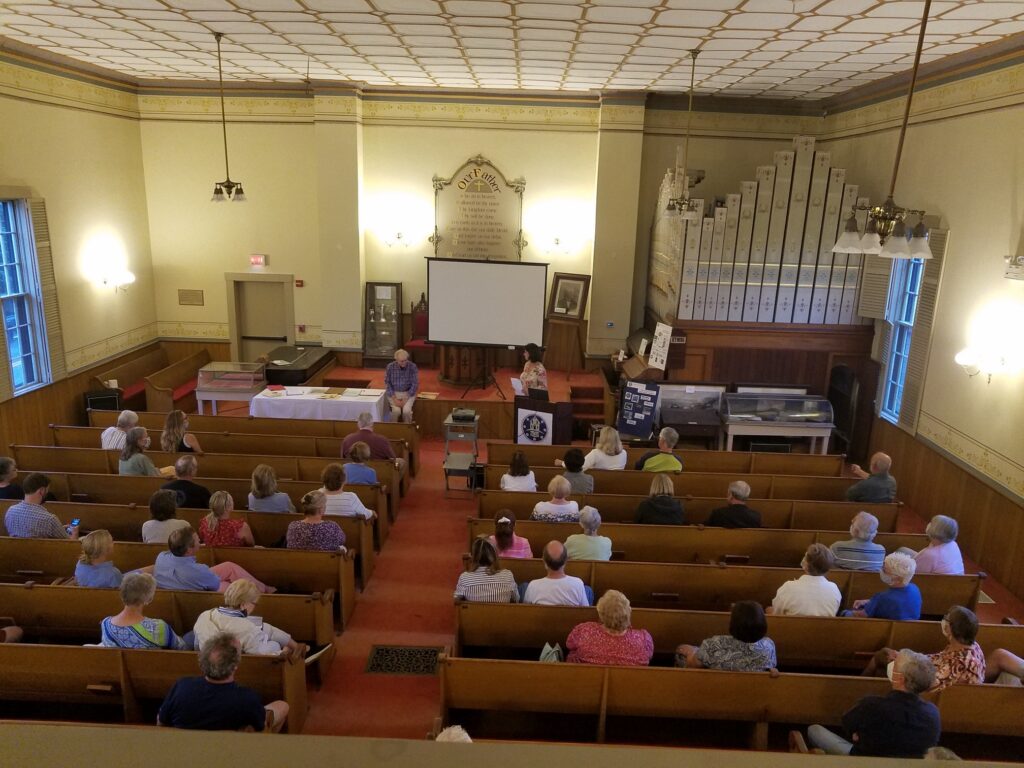 Local Historian Jim Garman gave a presentation on one of the most historically-significant “Gentlemen’s Farms” in Portsmouth’s history.

In the late 19th and early 20th century a number of the prominent citizens of Newport’s Gilded Age decided to establish farms “out in the country” in Portsmouth. Among them were Oakland Farm, Sandy Point Farm and Glen Farm. The Belmont, Vanderbilt and Taylor families established what were referred to as “Gentlemen’s Farms in the area of South Portsmouth.

These farms were showplaces with extraordinarily unique breeds of cattle and horses and special farm produce.

In 1882 Henry Augustus Coit Taylor, one of Newport’s best known summer residents said he was fleeing the “excessive tax burden in Newport,” began to buy up smaller farms in the southern part of Portsmouth. He ultimately developed a farm of over 500 acres and made plans later on to build the Glen Manor House.

The lecture showed how Glen Farm came about and prospered well into the 20th century and became a showpiece of the area under Taylor and his descendants.