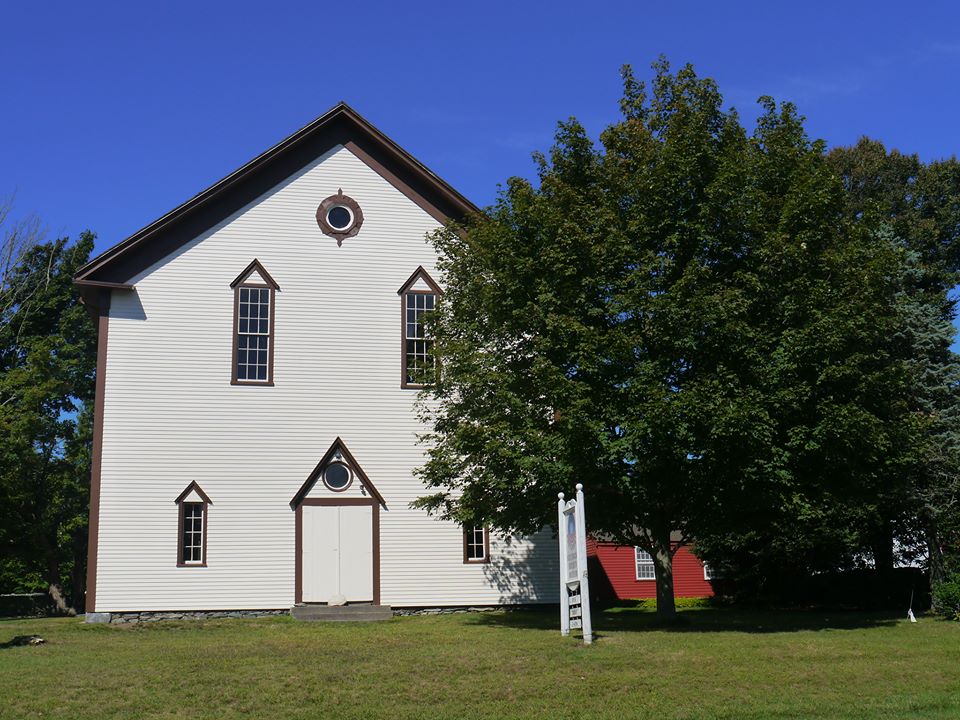 The Christian Church of Portsmouth was formed in 1810. Their meetinghouse was erected in 1824 at the corner of Union Street and East Main Road. They had previously met in private homes. As their flock grew there was a need for a larger building. In 1865 they moved the old meetinghouse to the Sisson farm on Glen Road and replaced it with the building that exists today.

The congregation expressed an openess to a variety of expressions of their Christian faith.  William Ellery Channing, a noted Unitarian who lived close by, frequently spoke with the church members on Sunday afternoons. Women were invited to preach. Julia Ward Howe, another neighbor up on Union Street, would come to “supply the pulpit.” Their reach stretched beyond the Portsmouth community. Membership records indicate that in1881 approximately 50 of their 155 members resided off Aquidneck Island.

Social, cultural and educational opportunities were offered to the members. The church members believed that everyone should have access to a musical education. The church had a singing school and organ lessons were given. Social and cultural activities included turkey suppers, road trips, masquerade parties and theatrical performances. A lending library was established. It predated Portsmouth’s public library.

The group was an active, thriving congregation for the half century between the Civil War and World War I. It then went through a decline from which it never recovered. The last church service was held in the summer of 1937.

In 1940 the fourteen remaining members voted to donate the property and their treasury to the recently established Portsmouth Historical Society. The Union Society’s members recognized the church as a historic landmark in Portsmouth and they wanted the building to be used for educational or historical purposes

Portsmouth Historical Society was a perfect recipient. It had been formed in two years earlier to protect and promote Portsmouth’s historic & cultural heritage

~ 1824 A small meetinghouse was constructed on present site

~ Returned to the name of the Christian Church of Portsmouth.

~ Former meetinghouse moved to Sisson farm with on Glen Road

~ Numbers declining gradually in the years before World War I